For your dog's dining pleasure.. 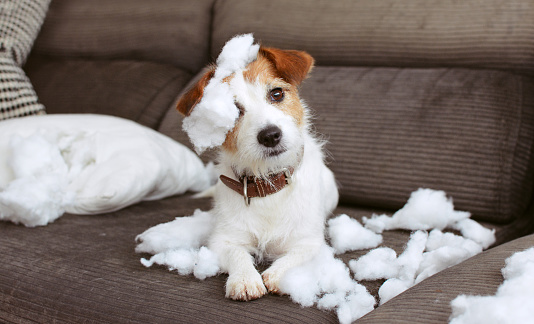 Firstly, thanks so much for the enormous response to last week's "Part 1" on this topic. So many owners were able to connect their dog's problems / behaviors to the group experience, while many new owners were relieved to be clear that they don't need to stand in the dark and cold every week to have a well-behaved dog. Or sign up to puppy classes to be marketed every unnecessary product on the market.

If you haven't read last week's article on the perils of groups and classes, head here to get up to speed before you read on.

Let me give you a brief rundown on just a few of the common issues I was called out to help sort over a couple of decades - nuisance barking, aggression to visitors, jumping up, running out the gate, scratching at the door, digging / chewing, separation anxiety - the list goes on. Recognise a theme with these behaviors? They all happen at HOME. Even things like walking and pulling on the lead start from home. They need to be addressed where they happen.

You could go to dog school for years and win all the ribbons and it won't help you. I trained dogs for more than 100 class / group  trainers - many of them lovely people - whose own dogs demonstrated all these behaviors. Why was I there? They had no idea how to address them. It didn't augur well for the dozens of owners who were attending their classes each week in the cold, just seeking a calm, reasonably quiet dog.

Is it wrong to teach your dog "obedience?" Well no. But understand that getting "obedience" levels and having an obedient dog are often two different things. Having a kid who stars at trumpet class doesn't mean they're a model citizen.

I often refer to a session I did with a magnificent Ridgback. He had just had $7000 worth of surgery and steel rods inserted in his back after running into the street and getting hit by a car. About 15 minutes in, when the owner could open the gate for the first time without the dog bolting out, he took me inside to a wall covered in dog training certificates. Up to the highest levels. He tore them all down in front of me, exclaiming "fat lot of good they did me." He did well to earn all those stripes. He just didn't understand the difference between obedience school and real life.

I detailed last week how the group environment can scramble some dogs for life. But even for those that survive that aspect, you couldn't get a more distracted, irrelevant and unlikely situation. Like trying to explain Facebook to me at a party. Not interested.

In the coming weeks, I'll go through some of those behaviors with some direction on how to address them. For now, understand that good and effective teaching of dogs DOESN'T involve force, food or repetition. It works quickly. Dogs are smart. They just don't speak English. They rarely get the right message at the right time. So they either tune out or get a tad concerned about the erratic messages from the humans.

And it needs to be done where it happens. In the right way for THAT dog.

In the meantime, I'd really urge most people to avoid the class situation - lockdown has been a blessing for many dogs. And yes, I might get some flak from people that run these things (the ones that wear bumbags full of chicken and liver). But they don't see the end of the process - the dogs with fear and social problems that live a harder life - as do their owners - or the dogs with destruction orders or families faced with euthanising a pet over behavioral issues stemming from being placed in large groups.

Most problems are nowhere near as hard to fix as you might think. Age is not an issue, nor is history or breed. It's why teaching dogs is such a joy - they get it!

There's a book in all of this - and it's coming.

Next week we'll go through "food training" - and why you should almost NEVER do it. In the meantime, if you have any questions, feel free to email on dogstuff@iinet.net.au - the advice is free!

Your shopping cart is empty.